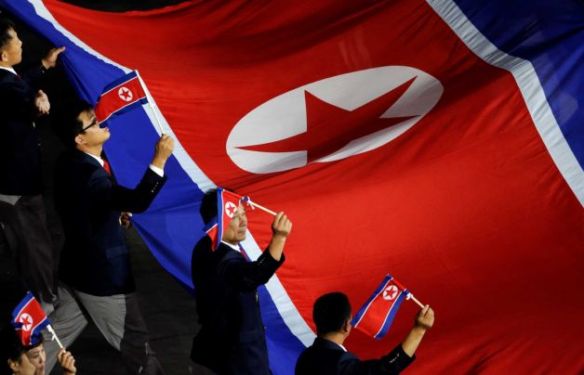 I don’t know about you but I have not been able to get any sleep these past two weeks because of the Olympics. The time difference from London to Korea makes us have to stay up all night to be able to see all of the good games. But, let me tell you. It’s been worth it. South Korea has been doing extremely well, currently ranking 5th. It really is astonishing that a country so small would be doing this well. My parents can’t stop talking about that fact.

But South Korea is not the only Korea that has been doing surprisingly well. North Korea has also been raising a few eyebrows. With four golds and one bronze, North Korea has apparently won the most medals since the 1992 Olympics. And they have even set a new world record for the men’s 62 kg class category in weightlifting. I would say that’s doing extremely well for a country in the state that North Korea is in. END_OF_DOCUMENT_TOKEN_TO_BE_REPLACED

Last month I introduced to you Luke Elie. You might have seen him in the news recently because he’s been quite a sensation since his trip to North Korea. He’s been extremely busy with all of the interview requests from big name news outlets like CNN, but I managed to bribe him into meeting me for brunch. Coming from experience, connections and food will go a long way.

When he asked me what I’d like to ask him in regards to his trip to North Korea, I told him that I had no interest in the politics of it. There is plenty of information out there on the politics of North Korea and its current state and I didn’t think that it would be necessary to add another redundant article to that list. What I was curious to hear about was his personal experience and interactions with the North Koreans he met while there.

I also didn’t want our meeting to be a stiff interview but instead wanted it to be just friends getting together to catch up… which will then result in an article. But let’s not linger on that. We met at Itaewon in Seoul, or the foreigners’ district, on a rainy morning and ate at a restaurant that specializes in brunch foods. We sat down and just started to talk. I told Luke what I had been up to since high school, which is when I last saw him, and he told me his story about how he ended up going to North Korea. I felt like it was a fair deal. END_OF_DOCUMENT_TOKEN_TO_BE_REPLACED

In the News – North Korean official to organizers: No more flag mistakes

The North Korean women’s soccer team sings the national anthem before the group G match between Colombia and North Korea.

Chang Ung expressed his disappointment Thursday after theSouth Korean flag was mistakenly displayed on the giant screen before the women’s soccer game between North Korea and Colombia in Glasgow, Scotland, on Wednesday night.

The North Koreans refused to take the field for about an hour before the match went ahead. London organizers apologized.

“This should not have happened,” Chang told The Associated Press. “I am really surprised how … the London Olympic team, the protocol people, didn’t invite someone from the team to check if it is your flag.”

Chang proposed that Olympic protocol officials meet with team leaders before each medal ceremony to check that the correct flags and anthems are being used.

“With 302 medal awarding ceremonies, if something bad happened, that’s damaging for the IOC,” he said. “Beforehand, the protocol people should invite the team leader or captain to come up.”

Asked whether he was satisfied with the apology from London organizers, Chang said: “They apologized to the national team, that’s enough.”

Earlier, speaking during the final session of the IOC general assembly, Chang said the flag incident wasn’t a big political issue but further mix-ups could have negative political consequences for the Olympic movement.

IOC President Jacques Rogge responded that organizers had moved to fix the problem.

“This was a most unfortunate incident,” Rogge said. “I can assure you the organizing committee has taken corrective action so that this will not happen in the future. There is no political connotation in that. It was just a simple human mistake.”

“This was an honest mistake, honestly made. An apology has been made, and I’m sure every step will be taken to make sure these things don’t happen again,” he said during a visit to the Olympic Park. “We shouldn’t over-inflate this episode. It was unfortunate, it shouldn’t have happened, and I think we can leave it at that.”

“This is such a minor incident which has been settled in the meantime and presented now here also in the IOC,” Blatter said. “I think it is more important to go to sport. As the representative of North Korea said, it’s not a political issue. I am happy about that.”

LONDON, July 25 (Yonhap) — A women’s football contest at the London Olympics between North Korea and Colombia was delayed by about an hour Wednesday after organizers mistakenly displayed the South Korean national flag on the scoreboard.

North Korean players refused to take the field after the flag row took place during player introductions at Hampden Park in Glasgow. Organizers apologized for the mishap.

“Today, ahead of the women’s football match at Hampden Park, the Republic of Korea flag was shown on a big-screen video package instead of the Democratic People’s Republic of Korea flag,” the organizing committee said in a statement, referring to the two Koreas by their official names. “Clearly, that is a mistake. We will apologize to the team and the National Olympic Committee and steps will be taken to ensure this does not happen again.”

The flag flap comes amid heightened tension on the divided Korean Peninsula. Affects of strained ties have carried over into the realms of athletics here in London. North Korean officials have blocked South Korean media from covering their athletes’ training sessions before the Olympics, which start Friday.

Athletes from the two Koreas marched in under one flag at opening ceremonies for the 2000 and 2004 Olympics, and even ate and trained together. But inter-Korean relations have deteriorated since, and there have been no talks of sports exchange at the Olympic level since before the Beijing Olympics in 2008.

PYONGYANG, North Korea — The chief of Asia’s broadcasting union is visiting North Korea for talks on providing the country with TV and radio coverage of the London Olympics.

An ABU official said earlier this month that his agency is expected to provide North Korea’s state broadcaster with Olympic coverage for only a “nominal” fee. The official declined to be named citing the sensitivity of negotiations and didn’t elaborate.

The opening ceremony for the games is Friday.

In the News – S.Korea to talk Olympic TV broadcast with North

SEOUL — A South Korean official will visit North Korea this week to discuss the possible broadcast of the London Olympics there, Seoul’s unification ministry said on Monday.

Kim In-Kyu, president of the Asia-Pacific Broadcasting Union (ABU), will visit Pyongyang from Tuesday to Thursday for talks with the North’s radio and television broadcasting committee, said an official .

Kim, who also runs the South’s state Korea Broadcasting System (KBS), will be the first South Korean civilian to pay an authorised visit to the communist state since the funeral of leader Kim Jong-Il in December.

KBS said in a statement that ABU plans to provide broadcasting rights for the Games to about 40 organisations in 30 countries, including the North.

In 2010 the impoverished North was able to air the football World Cup finals with the help of ABU and football’s international governing body FIFA.

North Korea has announced it will send 51 athletes to London to compete in 11 events including women’s football, weightlifting, table-tennis and wrestling.

South Korea’s private SBS station retains the right to air the Games for the entire Korean peninsula including North Korea until the Summer Olympics of 2024.

The company said it would broadcast the games in the South along with two public broadcasters KBS and MBC, and has mandated ABU to handle the rights in North Korea.

The secretive communist nation sent Paralympic athletes to Beijing for training last week, according to the Tokyo-based Chosun Sinbo newspaper.

The paper, viewed as a mouthpiece for the Pyongyang government, said the athletes will compete in table tennis, swimming and athletics among other sports in London.

The Paralympics take place from Aug. 29 to Sept. 9 after the Olympic Games.

“This is the first time North Korea has won the right to participate,” a KSA official told South Korea’s Yonhap news agency.

A country’s previous participation in international competition helps its case in qualifying for the Paralympics, according to the Chosun Sinbo.

“(North Korean) athletes will gain that qualification through this trip toChina,” it said.

North Korea frequently competes in both Summer and Winter Olympic Games. The country has so far competed in eight Summer Games and won 10 gold among a total of 41 medals.

The North will also take part at London Olympics from July 27 to Aug. 12, in women’s football, weightlifting, the marathon, wrestling, table tennis, archery and shooting.

The country has also indicated they could send athletes to compete in other sports such as boxing, judo and diving.

Just before heading back to the United States, I took a detour to London for three weeks to meet family and friends. Among my friends who are currently studying in London, one of them is currently enrolled at the school of economics in Regent University. It had been two years since I had last seen her; however, unfortunately, I had arrived in London while she was still in the middle of her dissertation and finals. I decided to stay over for a couple of nights and spend some time at her university so that I could be with her for a few days before I left for America. 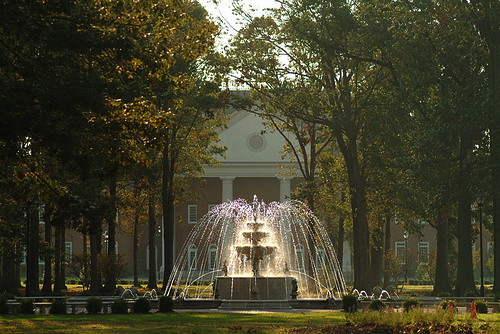 Regent University – sits quietly in the middle of Regent Park – no sign announces its presence. My friend tells me that everyone knows it hides in the middle of the trees abreast the lakes of Regent Park. I did not know anything about the university or its students, but I could tell as soon as I walked passed the front gates and into its halls that the students were not from average families. There was a scent about them that suggested the elite. END_OF_DOCUMENT_TOKEN_TO_BE_REPLACED 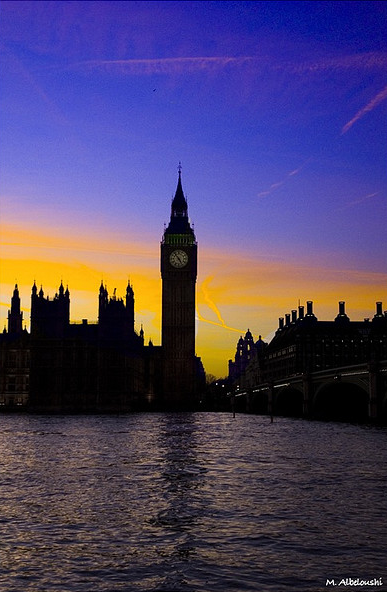 With their number increasing, many North Korean refugees are spreading all over the world after escaping through China and Southeast Asian countries. Many of them, about 25,000 as of 2010, settle in South Korea, where the government supports them throughout their first few years in their new homes. About 100,000 to 200,000 North Koreans are estimated to be in China, waiting to go to a different country, as they will be repatriated to North Korea if the Chinese police arrest them. They also go to different parts of the world: they go to the United States, other Asian countries, and Western Europe. END_OF_DOCUMENT_TOKEN_TO_BE_REPLACED