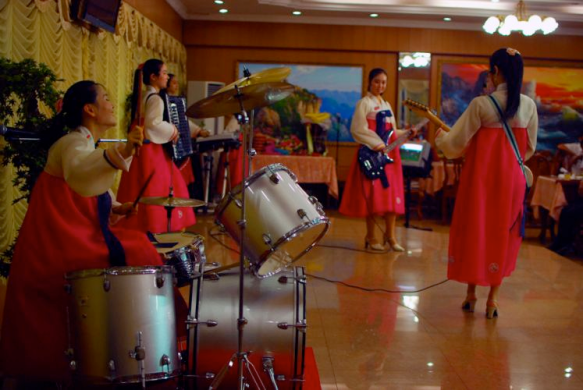 The Democratic People’s Republic of Korea – an area renowned for isolation, shrouding itself in mystery – runs a chain of restaurants throughout Asia. Named after North Korea’s capital city, the restaurants, originally conceived to entice travelling South Korean businessmen hungry for Korean classics like kimchi or northern specialties like Pyongyang cold noodles or dangogi, have emerged in areas near the China-North Korean border, Bangkok, Phnom Penh, Jakarta, and, most recently, Amsterdam. In the words of Australian journalist Sebastian Strangio, who enjoyed a meal at the Pyongyang restaurant in Phnom Penh, Cambodia, the restaurant is brimming with curious customers, an overwhelming majority of which is South Korean. At Pyongyang Restaurant, customers can get an intriguing view of the lifestyles of North Koreans allowed to work outside of the borders of the DPRK. END_OF_DOCUMENT_TOKEN_TO_BE_REPLACED