Having worked in the field of North Korean human rights, I come across accounts of defectors’ experiences in North Korea quite often. However, I am ashamed to admit that it took me years to finally get around to reading this book. Of course, it wasn’t because I had never heard of it until now. Just about everyone I know that works in the field has read The Aquariums of Pyongyang and I feel like it’s even become a sort of rite of passage.

About a month ago, I met with my high school literature teacher, Mrs. Jeanelle Francis. I haven’t seen her and her husband, another teacher at the same school, since I graduated high school six years ago and I wanted to grab lunch to catch up. When she heard that I was working at a non-governmental organization in Seoul on North Korean issues, she got very excited. She began telling me that she had read the book The Aquariums of Pyongyang and then had incorporated it into her AP Literature class lessons. I later asked if she would do an interview for me regarding her experiences teaching the book, which I have included in the article at the bottom. But first, I’d like to discuss my impression of the book. END_OF_DOCUMENT_TOKEN_TO_BE_REPLACED

On a sunny afternoon, I sat down with Andy. I met Andy during my visit to London over spring break, when I was visiting my sister who works for a consulting company. Andy recently graduated from Oxford University, where he studied Politics, and he recently started working with my sister at a consulting firm based in London. When I first met him Andy struck me as a well-travelled person; the type of guy who would mention a new place he visited every time you strike up a conversation with him. But one of the most interesting places that he had been to recently included Pyongyang. For 10 days last summer (August 2011), Andy travelled to North Korea with a group of other tourists. I had actually never met anyone who had been to North Korea for pure tourism purposes. I was curious to hear about his perspective on the country, and also his experiences during the trip.   END_OF_DOCUMENT_TOKEN_TO_BE_REPLACED

In the News – Korean War from the Other Side

Interviews have been conducted for the 2012 Overseas Correspondents Summer Program! Applicants will be notified of the results by Tuesday April 10th, 2012.

There’s a saying in Korea about “Southern men and Northern women.” Basically, it says that men from the South of the Korean Peninsula are handsome and women from the North are beautiful. My grandmother tells me that way back when, it was favorable for a man from the southern region to marry a woman from the northern region. Apparently, people thought that northern women had the full package. However, lately, it seems that this belief is coming back. END_OF_DOCUMENT_TOKEN_TO_BE_REPLACED

Applications for the 2012 MOU Overseas Correspondents Program have been received and are currently in the process of being evaluated. Thank you to all of you who have sent in an application. We appreciate the interest that many of you have shown. You should expect to hear back from us within this week (April 2 – 6) if you are selected for an interview.

Best of luck to all of you!

The Interns this summer for the Ministry of Unification, especially the foreigners, were always met with some intrigue as to how we learned about the issue of North Korean Human Rights, Unification of the Korean Peninsula, and why we decided to get involved. Since many of us had learned about the issue through our Korean friends or student organizations back in the states, I had not realized what a unique position we were in as American ambassadors on the topic due to the specificity of the issue. However, to other interns and me, it hadn’t seemed like such a niche topic at all. Rather, it was something that was connected to American history and was a general area of interest for those committed to protecting human rights and liberties. I had only formally learned about North Korea in the context of it being a national security threat to America, but it also seemed to be, equal to Africa and other regions that are the center of charity and social entrepreneurship against poverty and starvation, an area that deserved attention for the low living standards of its citizens. END_OF_DOCUMENT_TOKEN_TO_BE_REPLACED

My favorite journalist had been a certain white-haired fellow on a cable news station until I met Mr. Sang-Hun Choe of the New York Times and International Herald Tribune at a lecture about North Korean issues in the media at Wellesley College this past spring. Thoughtful and soft-spoken, Mr. Choe was too polite and humble for my presumptions of what a New York Times Asia Correspondent with a Pulitzer Prize winning book, The Bridge At No Gun Ri, co-authored with Charles Hanley and Martha Mendoza under his belt would could be like. I had been a fan of his New York Times pieces on North Korea in the past because his articles were comprehensive and clearly revealed that he did his research. Judging from his writing, I assumed that he crafted his English in the United States or another English- speaking country, but much to my surprise, and probably to many Korean parents eager to send children abroad, he had never studied outside South Korea until his recent stay as a Koret Fellow at the Walter H. Shorenstein Asia-Pacific Research Center at Stanford University. Meeting him in person not only bumped the Silver Fox down my fan list, but also reminded me of the dedication that some journalists put into investigating topics and publishing their work for the world to read. The following interview shows a glimpse of journalism, North Korea issues in the media, and of the man behind the text.

END_OF_DOCUMENT_TOKEN_TO_BE_REPLACED

“People jump to assumptions, because it’s easy— I hope to show a bigger picture” 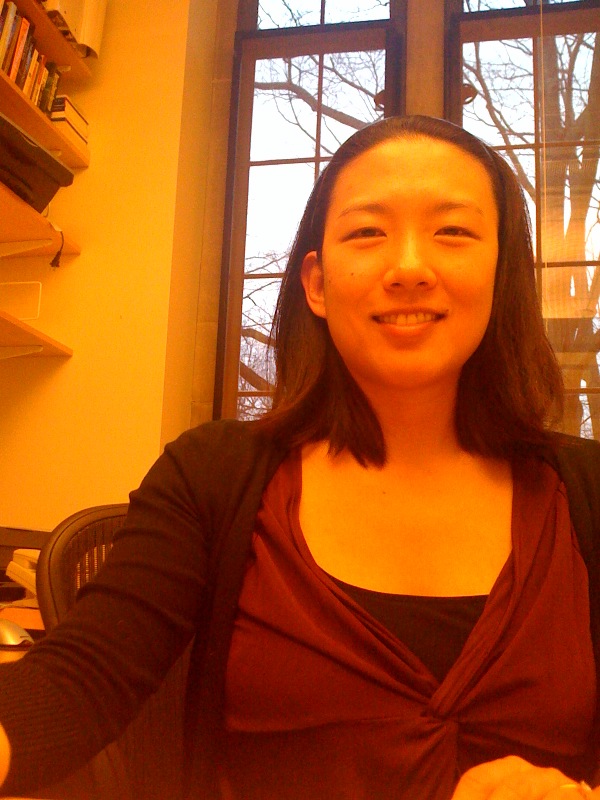 Grace Chae is a Korea Foundation Post-Doctoral Fellow at Wellesley College. She received her Ph.D. in History at the University of Chicago, specializing in Korean War POWs. Right now she teaches Modern Korean History: From the 1800s to the Present and Prisoners of War: International Norms and Practice at Wellesley College. END_OF_DOCUMENT_TOKEN_TO_BE_REPLACED

She’s one of the most amazing women I have met not only in this field, but also in my life. She works as a banker by day, and runs a non-profit when not in the office. Crazy busy, humble, grounded, and passionate about serving the North Korean defectors.

PSALT is an acronym for Prayer, Service, Action, Love, Truth. The full name of the organizations is PSALT NK (North Korea)

Due to the very sensitive nature of this area of work, one of our purposes began with bridging the gap between the missionaries out in the field who cannot be open or public about their work, and the citizens in the ‘free world’ who learn about the sufferings of the North Korean people and are looking for straightforward and reliable channels through which they can make a difference.

END_OF_DOCUMENT_TOKEN_TO_BE_REPLACED

“My best friend says, 'Jason, I’m not envious of you. You bring it all onto yourself'”

Grew up in: California

Favorite childhood memory: skateboarding through K-town with his brother

When I first heard about Jason Ahn, I was surprised. Read his profile and you’ll know why: Jason is from California and the Director/Producer of Divided Families (http://dividedfamilies.com), a documentary film that tells the story of the first generation Korean Americans who were separated from their family during the Korean War. He is also a third year medical student at Harvard Medical School. Last year, he finished a year-long study at Harvard Kennedy School, part of his MD and MPP (Master’s degree in Public Policy) joint degree program. In fact, here is a snapshot of his life: he stays up all night waiting for babies to be born for his residency program, comes back home in the morning, catches some sleep, attends a conference, meets up with a MOU Overseas Student Correspondent for a quick interview about his film, before he runs back to the hospital where more babies are born, with barely a time to grab his dinner. Plus, he has to finish editing the documentary film, which is coming out at the end of this year. No wonder his favorite show is The Simpsons— he admits not having watched TV for a long time.

The intensity of his life got me very curious: why is he doing the Divided Family project? What could have possibly ticked this already sleep-deprived physician-in-training to sacrifice more hours of his sleep?

END_OF_DOCUMENT_TOKEN_TO_BE_REPLACED

The first Korea Global Forum was held in Seoul, Korea on September 9-10, 2010. Co-hosted by the Ministry of Unification and the Ilsun International Relations Institute, there were 11 countries present, and had Former U.S. Secretary of Defense, William S. Cohen, as the keynote speaker.

As a student reporter for Korea’s Ministry of Unification, I had the chance to meet the Assistant Counselor of the German Embassy in Korea, Matthias Vollert. He agreed to sit down for a quick interview about his impressions and Germany’s part in the Forum: