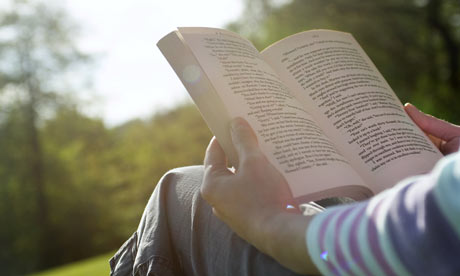 Perhaps a few generations ago most Western societies looked upon North Korea with fear and trepidation, having been raised in a time that identified North Korea as a threat during the Cold War. However, now it seems that the image of fear has been replaced with one that revolves around a fascination with devastation and morbidity. The recent popularity of novels written by Western authors about North Korea, such as Blaine Harden’s Escape from Camp 14: One Man’s Remarkable Odyssey from North Korea to Freedom in the Westand Brandon W. Jones’s All Woman and Springtime, reveals the growth of the West’s captivation with the tales of the dark lives that the people of North Korea lead. The recent surge of new information coming from novels, which give the West a look into the enigmatic and mysterious self-enclosed world that is North Korea, may not necessarily be written with the intention of shocking and disturbing readers. But many seem to be written with the implication that they are exposing the ugly side of North Korean politics and society.

While I was still an undergraduate student, I attended a guest lecture hosted by Yale’s Thi[NK] group, There’s Hope in North Korea. Bradley Martin, the author of Under the Loving Care of the Fatherly Leader: North Korea and the Kim Dynasty, spoke to us students about the North Korea he had encountered, the defectors he had met, his book, and the works of some other authors. I remember that at the time I was quite mesmerized by the way that Mr. Martin had spoken about the people he had met while he was briefly in North Korea and the people who helped him to build the research for his book. At that time, his stories of atrocity and misfortune pulled me in because everything that he shared with us was so unheard of and alien to my own life. He told us about the defectors who continue to risk their lives to help others to defect. He informed us of other resources from which we could gather more information about the state of existence behind the walls of North Korea.

Among the resources he had mentioned was Los Angeles Times journalist Barbara Demick’s acclaimed Nothing to Envy: Ordinary Lives in North Korea, which was a nonfiction finalist for the 2010 National Book Award. In his review of Nothing to Envy, the New York Times writer Dwight Garner examines, “Ms. Demick’s book […] offers extensive evidence of the author’s deep knowledge of this country while keeping its sights firmly on individual stories and human details […] The existences she describes sound brutal: there is often not enough food; citizens work long days that can be followed by hours of ideological training at night; spying on one’s neighbors is a national pastime; a non-patriotic comment, especially an anti-Kim Jong-Il wisecrack, can have you sent to a gulag for life, if not executed.”

When I was listening to Mr. Martin’s guest lecture, I was sincerely captivated by all of the stories and insight that authors such as Mr. Martin and Ms. Demick could provide through the research and books they had written. However, as I aimed to find out more and more about the situation in North Korea, though I am still devoted to protecting the human rights of the men and women of North Korea, something about the sudden surge of new books about North Korea and the commercialization of the sorrows and plights of the North Korea stole some of the passion with which I had initially addressed human rights in North Korea. Although I never read through all of Mr. Martin or Ms. Demick’s books, somehow I felt that the information had already been fed to me – and that most books would give me a vivid picture of the type of surreal desolation that is emblematic of books for leisure and entertainment rather than education. Now it feels too commercial.

I have grasped the depth of suffering that the North Korean people have undergone, but I do not think that knowing all the intricate and painful details of that suffering has either further motivated me in my endeavors to fight against violations of human rights in North Korea or given me a clearer picture of their situation. The horror stories shock me and fill me with sadness for the helpless people, but they do not move me in the same way that meeting a defector from North Korea has.

I write this article because I think that this happens with many people who suffer – at one moment they become popular subjects who need to be rescued from the tyranny that oppresses them and in the next moment the stories of their suffering become articles for consumption. I do not blame the authors or the books. Their words, experiences, and information shed light on some of the unknown realities found in North Korea. However, since they still only represent a fragment of the whole picture – a fragment that cannot be experienced directly – it is easy to disregard the plight of the North Korean people. Though it may not be feasible, I think that an encounter with a defector would strengthen one’s concern and compassion for North Korea.