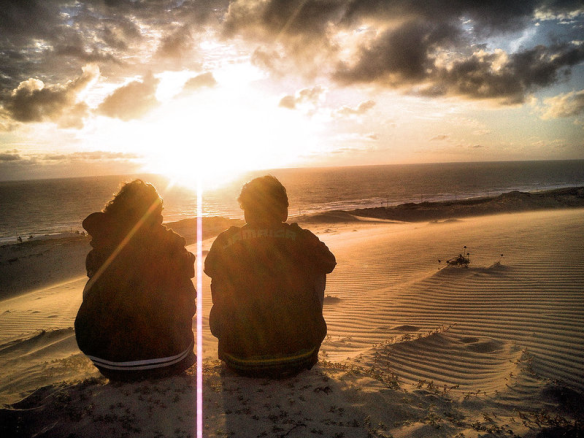 My mentee wished me a happy belated birthday this morning. I was surprised. I was convinced he had forgotten me after I tried sending him letters and emails. He was a funny kid. The first time I met him was when all mentors were paired with their mentees; he said something to me in Korean and then suddenly left. I did not understand what he said other than that he was leaving and I didn’t know if or when he was coming back, so I chased him down the corridor calling after him. I clarified the matter then, but I could tell it would be an interesting two weeks.

My mentee liked to play the tough kid. Therefore, if there was ever anything bothering him, he would either refuse to take part in activities with other students or disappear. During those times, I had no idea what to do. I didn’t know how serious or difficult his problems were so I wasn’t sure if I should approach one of the instructors about my mentee. Luckily, Young was there to help me.

Young was my mentee’s closest friend amongst all of the mentees. He was quiet. If he wasn’t talking to my mentee, he was usually sitting by himself. He was also very different from my mentee who was a little too loud, a little obnoxious and rambunctious in an endearing little-brother way. Young was calm, introverted, and thoughtful. So every time that my mentee had some kind of mood swing or argument that caused him to disappear and avoid people, Young remembered that I would be looking for him. I always found Young waiting at the top of Hangyeore’s front steps as I jogged up to the campus in search of my mentee. Even before I would ask, Young would say, “He’s waiting in the library.”

There was one day in particular when my mentee had an argument with a teacher who had made fun of the way he could not control the magnitude of his voice. He did not show up for our afternoon class even though he had enjoyed our morning session, so I went in search of him a little worried. I had found him and he was more than a little upset. He had gone to the empty conference room alone and sat in the darkness breathing very hard. I tried to sit with him only to be told that he preferred to be alone. So I left him, but as always I did not understand what had made him so upset.

Fortunately, as I was sitting on the benches facing Hangyeore’s entrance later that day, Young came up next to me and sat with me. I drilled Young with questions to see if my mentee was all right. Young told me about the argument that my mentee had with his teacher as well as that my mentee was just young and sensitive so it was not the first time that something like this had happened. Then the two of us sat there in contemplation. We did not say too much, but I felt like we understood each other. Young understood that I wanted to be there for them, and I knew that Young cared about my mentee.

I think that Young has impacted my mentee too. My mentee always said that he wanted to go to Taiwan and live there for a while. He never explained why, just that he had a feeling, but Young had spent most of his life in China and Taiwan. Perhaps my mentee developed curiosity about the place where his friend had spent much of his youth. They were an interesting pair – two very different boys with a similar sense of humor bringing them together. The unification of Korea would bring about many more such interesting pairs like my loud and sensitive mentee and the quiet and collected Young.